Who is the richest BTS member? What is the BTS net worth by individual members. What are the net worths of V, Jungkook, Suga and more! Find it all out here!

In the recent past, K-Pop has been gaining a lot of worldwide attention and the Bangtan Boys, well-known as BTS, the South-Korean boy band have taken the world by storm ever since their debut in 2013 and have now become the most successful Korean Pop group in the entire world!

The 7 boys RM, Jin, Suga, J-Hope, Jimin, V and Jungkook are the ARMY’s favourites and I’m sure we all know they are worth millions of dollars, but are still down to earth and loved by many.

While they make music as a group, they also make individual music as well, in addition to the brand endorsements and advertisements, tours and other projects they work on and I’m sure there are a lot of you out there who often wonder how much are these boys worth!

Well, they for sure are well rewarded for their efforts, because this article is going to give you an individual estimate of the net worth of each of the BTS members ranked from first to last.

BTS Net Worth by Individual Members 2022

Heading the list is J-Hope, with a net worth estimate of a whopping USD $24-26 million. He is often known as the live-wire of the band, with his tremendous energy and extraordinary dance moves.

The 27-year-old singer, rapper, dancer and songwriter, is considered to be the highest-earning and richest member of the band.

J-Hope debuted in 2013 and became the third member to join the boy band BTS but gained more fame later on and often credits the growth of his net worth after he released his solo mixtape ‘Hope World’ 2018, making him the highest-charting South-Korean singer on Billboard 200 in 2018.

Thereafter, he went on to release ‘Chicken Noodle Soup’, the single, featuring Becky G, making it reach 81, in the US Billboard 100. This made him BTS’s first member to have a Hot 100 hit in his name!

J-Hope is one of the donors of Child Fund Korea and is a recognized member of the Green Noble Club, as one of the high-value donors.

J-Hope has recently purchased a luxury apartment in Seoul, South-Korean, which is currently valued at USD $2.2 million.

The second on the list is the 28-year-old rapper and songwriter, Suga. He is estimated to have a net worth of USD $23-25 million.

Suga is well-known as a songwriter as well and has over 100 songs credited to his name as songwriter and producer. He is also an activist and ardent supporter of mental health and has spoken openly about his support to the LGBTQ + community.

The Korean Pediatric Cancer Foundation benefitted from Suga’s generous donation of ₩100 million in 2019, which is one of his many philanthropic ventures.

Suga has won the ‘Hot Trend Award’ in 2017 at the Melon Music Awards. In 2018, Sugar purchased a luxury apartment in South-Korean, worth USD $ 3 million.

RM, the very first member to join BTS, also the leader of the group, currently has an estimated net worth of USD $ 20-22 million, standing third on the list of the richest among the BTS members.

And 3 years later went on to release his second single mixtape called ‘Mono’, which peaked at number 26  as the highest-charting album in the Billboard 200 by a Korean soloist. In 2020, RM also won the Patron of the Arts Award.

RM is also known to have bought a home in 2019, in Hannam-dong for a sum of ₩4.9 billion, which is currently worth over ₩5.8 billion.

When the leader of BTS turned 25, he donated of ₩100 million to the Seoul Samsun School for the cause of providing education to hearing-impaired students in the field of music.

He is also well-known for being one among the top 10 Patrons of the Arts and was recognized by the Korean Arts Council.

Jimin is one of the three youngest BTS band members but comes in 4th ranked in terms of his estimated net worth USD $18 – 20 million. Jimin is an amazing dancer and is best known for his powerful vocals.

He is also the Lead Vocalist of the band BTS. Even though Jimin was the very last member to join the band, he is for sure loved by all his bandmates, both senior and junior to him.

The 26-year-old singer and dancer was ranked the 1st most popular idol for two consecutive years 2018 and 2019 and also became the only idol to top the survey conducted by Gallup Korean, two times!

One of Jimin’s chartered songs as lead artist ‘Filter, released in 2020 increased his fandom and helped him gain more worldwide popularity.

Jimin is also known to have bought a luxury apartment in Hannam-dong worth USD $5.3 million, as of June 2021.

Apart from his amazing music career, Jimin also has contributed significantly to philanthropic ventures and is one of the major donors contributing towards the Green Umbrella Children’s Foundation has made donations of over ₩100 million.

The 24-year-old singer, dancer and main vocalist of the band BTS, Jungkook, fondly called the ‘Golden Maknae’ is well-known to be the most popular among the members of the band.

Jungkook and Jimin, both have the same estimated net worth of USD $18 – 20 million. Even though Jungkook is the youngest among the Bangtan boys, he was the 4th member to join the band.

Jungkook had also purchased his very own apartment in Yongsan District, Seoul worth ₩4 billion, but it came to be known that in 2020 December, Jungkook had gifted this apartment to his older brother.

Jungkook has won the ‘Global Instagrammer’ Award in 2019 at the MTV Millennial Awards, which is one of his many noteworthy achievements. Jungkook was also the most-searched male K-pop idol on Google and YouTube in 2019 and 2020.

Another vocalist of the band BTS, singer and songwriter V, has an estimated net worth of USD $ 18 – 19 million. V was the sixth member to join the band, but was kept as the “secret member” of BTS pre-debut.

V is also well-known for his composition of music and was first credited for his song ‘Hold Me Tight, which he co-wrote and co-produced. V also released ‘4 O’clock’ in 2017, along with his fellow bandmate and co-producer RM, to mark BTS’s 4th anniversary.

In 2022, on the 4th of January, V made his very first solo entry on the Billboard Hot 100 with his original soundtrack ‘Christmas Tree’, which was number 79 on its debut.

Just like his other bandmates, V is also known to have purchased a luxury apartment worth USD $4.55 million in 2019.

V also got nominated for his song ‘Singularity’ and won the Soompi Awards for the Best Choreography in 2019 and Best Idol Actor at the same awards in 2018.

Not too far behind from the net worths of his fellow bandmates, is the 29-year-old vocalist of the band BTS, singer and songwriter, Jin, who is also the oldest member of the band, with an estimated net worth of $18 million. He was the last but third member to join the band.

Jin has many achievements to his credit, but one among his noteworthy achievements is when he got awarded the fifth-class Hwagwan Order of Cultural Merit, back in 2018, by the president of South Korea, along with his fellow bandmates, for their contribution to Korean culture.

Just like some of his fellow bandmates, Jin’s philanthropic ventures include monthly donations to UNICEF Korea, but the figures aren’t known as he appreciates his privacy in his charitable donations.

FAQs About BTS’ Net Worth

Who is the richest member of BTS?

The richest member of BTS is J-Hope. He has a total net worth of $20 million. J-hope’s extra income comes from the sales of his solo mix tapes.

How much is V net worth?

As of early 2022, the total net worth of BTS member V (real name Kim Taehyung) has a net worth of $20 million.

Who is from rich family in BTS?

Jin from BTS has rich parents. His father, Kim Nam-Jung is the CEO of a Korean company. In 2018, Forbes Korea named him among the 50 richest men in Korea.

Is Kim Taehyung a billionaire?

No, not yet. But members of the BTS’ army will be happy to know that Kim Taehyung is estimated to be worth around $20 million so he’s getting there!

Well, I hope you’ve got your long awaited answer to the ranking of BTS in terms of their net worth and BTS is still growing in popularity.

So I’m sure you’ll have to check up on their net worths rankings every couple of months!

The Korean eyebrow trend has finally caught up in the West thanks to K-pop and K-drama becoming increasingly popular here.  While the shift to Korean makeup didn’t occur overnight, this trend is here to stay because more and more people are accepting this new way to shape brows.  Even celebrities aren’t shying away from this…

If you’re a lover of Korean cuisine, you have to check out these top Soju brands! Quick, what’s the best-selling alcoholic spirit in the world? Nope, it’s not Scotch whisky or Smirnoff Vodka. The answer is Soju! Wait, what? Soju is a type of wine made from rice in the Korean region. Think of it…

If you still believe that toners are not a product for dry skin, then we’ve got news for you! A lot of these products, especially the Korean ones, are also great for moisturizing dry skin. The best Korean toner for dry skin not only takes care of open pores and acne but also leaves your…

K-pop divas have the best hair! If you want to know how they manage it, we’ve just revealed some of the best kept Korean hair growth secrets.  If you’ve ever wondered, “how do K-pop idols grow their hair so fast?” We have something in common. They look so perfect and poised, even after all the… 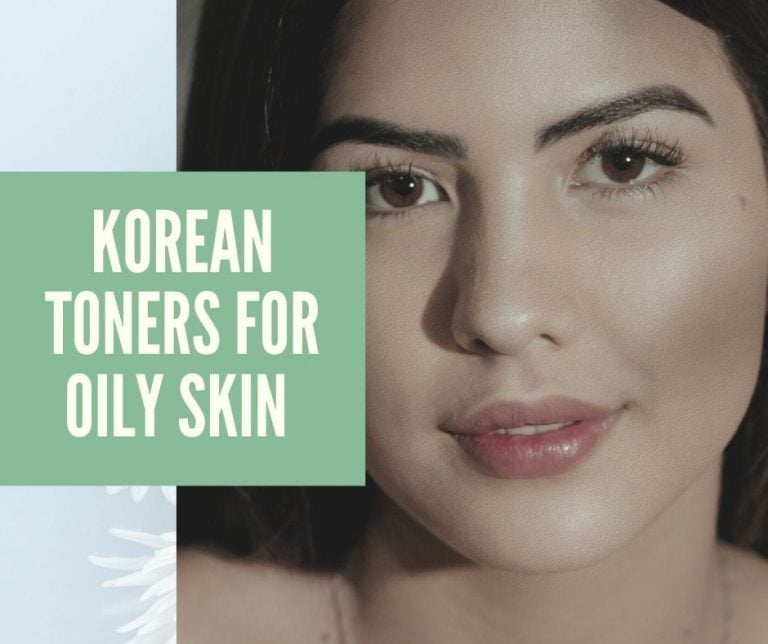 Check out these top Korean toners for oily skin that suit even the most sensitive, acne-prone skin. Most of these toners are mild enough to be used on combination skin too! Sometimes one single K-beauty product is all you need. So if you’ve got excess oiliness, it’s time to turn to the best Korean toner for…

Going to South Korea on a trip? Here are some facts about Korean love motels if you want to check out this intriguing aspect of modern Korean culture.  Every relationship has their ups and downs and when there is a down, one of the best ways to fix this is by spending time with your…