What are the top fashion magazines in Korea and where can you find them? Check out information about big names like Vogue Korea and Harper’s Bazaar Korea right here!

For people who want to know what’s trending, the one go-to source for all the fashion-related insights is fashion magazines. They are excellent to get the information on the most recent style in trend across all its readers.

These fashion magazines make us understand the culture of the current times and trends, and that makes them a crucial part of the fashion industry. In fact, the entire fashion world and media itself is a billion-dollar industry.

The primary purpose behind publishing these magazines is to make its readers aware of where the world is heading in terms of fashion and style while giving them practical tips to catch up with the same.

In this article, we are particularly talking about the most popular Korean fashion magazines, because as we all know, talking about fashion and trends, there’s no way we could forget about this fashion hub.

People in Korea are really into reading, the reason why fashion magazines are always in huge demand there.

For those who want to explore the fashion side of Korea and get some info on the latest trend in the country, here is a list of top Korean fashion magazines, to get you all that you need to know, in one place.

One of the top fashion magazines in Korea, Nylon is actually an American multimedia brand, lifestyle magazine, and a publishing company with a large reader base in Korea as well.

The first edition of Nylon Korea was premiered in August 2008, for the very first time, K-pop girl group Girl’s Generation was featured on the covers of its international issues.

Starting with a print publication, the magazine switched to all digital formats in 2017. The name of the magazine comes from combining the names of two super cities, New York and London. The publication is now owned by Bustle Digital Group.

Founded on March 20, 2009, the magazine is a  popular one among the Koreans when it comes to fashion information, news on the latest trends, and useful beauty tips and tricks.

The publication was founded in 1931 and was made available to the public in 1957.

Its content is now focused on culture, fashion, and styling tips for men, but the magazine also covers areas like food, fitness, travel, sports, music, celebrities, tech, culture, and books.

GQ Korea issued its very first edition in the country in 2001, gaining popularity among its male reader base around a fashionable lifestyle, while carrying the slogan “It’s good to be a man”.

The magazine offers luxurious journalism and content, along with strong yet sophisticated visuals, making it a popular monthly reading preference among Korean men, and now also women.

A weekly women’s magazine, Grazia was first published in 1938 in Italy, and slowly spread internationally, with issues being published in countries like Germany, France, Mexico, China, Indonesia, and Korea.

The first issue of Grazia Korea was published and made available to the general public on February 20, 2013. Since then, the magazine has been featuring celebrity faces like Kim Do-Hyun, Bae Soo-bin, and Lee Byung-hun.

The magazine majorly deals with all things women in terms of fashion and beauty, however, you can now also find excerpts on general lifestyle and wellness in its issues.

Considered one of the biggest fashion magazines in the world, Elle Elle is a globally renowned women’s fashion and beauty magazine.

Originating in France, the magazine’s content majorly focuses on fashion, beauty, wellness, and entertainment. The name itself holds the meaning “she” or “her” in french.

Elle Korea is the very first international fashion magazine introduced in Korea, and ever since its very first issue in the country, the magazine has made sure to capture the hearts of all the Korean fashionistas out there.

Women can find tips and tricks on beauty and wellness, expert-backed fitness advice, what’s in the trend at the moment, and fresh insights into the fashion world. All this combined, Elle Korea has gained a huge readership in Korea and among its both male and female populations.

The brainchild of Linda Wells, Allure is a women’s fashion magazine focused on women and their beauty, health, and wellness.

The magazine is popular for its signature ‘best of beauty awards’, given in its October issue, to the best of the beauty products, selected by their beauty experts.

Allure Korea majorly focuses on all things beauty, lifestyle, and wellness, particularly for women. It has a large female reader base in Korea, and is one of the most popular fashion and wellness magazines in the country, especially for women.

You can find information on skincare, fitness, and the overall wellness of the body. Allure Korea is definitely a must-read for women who take their health and wellness as their first priority.

Formerly named ‘The Cosmopolitan’, Cosmopolitan magazine is one of the best-selling fashion magazines all across the globe.

The very first edition of Cosmopolitan Korea was published in 2000, and as a result of its rapid popularity, the magazine managed to sell 900,000 copies in a single year.

With more than 10 digital media channels, the publication has gained most of its popularity among the female Gen-Z population. And what makes the magazine different from others in the race is its utmost focus on the campaigns around young women.

The magazine takes pride in calling itself the one-stop style resource for “women who are the first to buy the best, from casual to couture. Holding the title of US’s very first fashion magazine, debuting in 1867, its pages have been home to the latest in the market fashion trends and tips.

In recent decades, Harper’s Bazaar Korea has emerged as one of the top-selling fashion magazines in Korea.

The magazine’s content is primarily focused on all things women, fashion, beauty, and lifestyle, and publishes one issue every single month.

Also, the cover page has welcomed well-known faces like Han Hyo Joo, Kim Hee Ae, and BLACKPINK Jennie, and the magazine itself has collaborated with reputed brands like Allure, Klairs, Lagom, Sulhwasoo, and so on.

One of the most popular fashion magazines of today’s times, Vogue came into the media business as a weekly newspaper in 1892.

Now headquartered at One World Trade Center in the Financial District of Lower Manhattan, it is one of the biggest media houses in the globe, publishing monthly fashion magazines that offer the best of the content in areas like fashion, beauty, lifestyle, culture, haute couture, and runway.

Today, the magazine has a total of 26 international editions.

Vogue Korea is considered the “fashion bible” of Korea. The edition features items that are both luxurious and affordable. And just like its other editions, Vogue Korea also puts a lot of its focus on the country’s designer wear and haute couture.

BLACKPINK, Suzy, and Yoo Ah In are some of the celebrity faces who made their appearance on its cover.

Yet another amazing fashion magazine that showcases stories on art, culture, fashion, films, and celebrities, W has a reader base of about half a million, with 469,000 people subscribed on an annual basis.

The magazine introduced its first edition, W Korea, in Korean markets in 2005, and has changed the style and visuals of Korean fashion magazines ever since.

And not just physical copies, the magazine offers top-notch quality fashion related across all its media channels, particularly digital ones.

With more than 100 post updates every single month. An inclusive read for people in both the art and fashion world.

Fashion magazines have never gone out of demand and trend, in fact, the craze is only increasing with this ever-evolving fashion industry.

Everyone wants to stay on top of their style game, and these fashion books provide the best info about trends that are people and celebrities flaunting.

You get advice from all the different spheres, not just fashion and style, and that makes these fashion magazines a must-read for all the Gen-Z’s out there.

Hope the article will come in handy on the hunt for your next Korean fashion book!

BTS’s meteoric rise to national and international fame put the spotlight on all the seven members of the boy band group. Check out the evolution of BTS Jungkook Current Piercings during his rise to the spotlight. And Jungkook, the youngest member of BTS, is probably used to the obsession of his fans who are always… 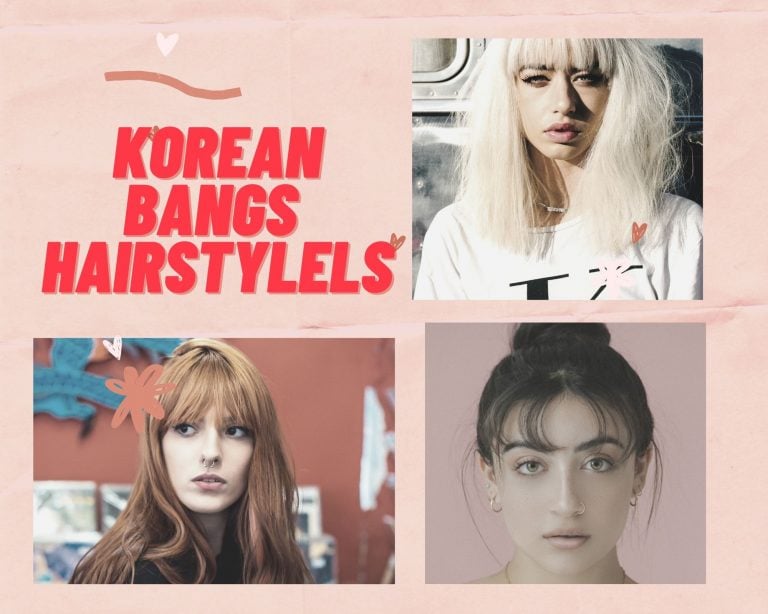 Learn how Korean girls style their bangs and create different types of Korean bangs hairstyle, including choppy bangs, side bangs, curtain bangs, long side bangs etc. Also check out the Korean hair roller trend and why it’s popular. K-beauty products have taken the world by storm. And Korean fashion isn’t behind. Check out how Korean…

Looking for some stylish Korean menswear brands? Check out this article for Korean men’s clothing brands online that include both luxury and affordable fashion options. Over the past decade, South Korea has quietly evolved into the biggest competitor for Hollywood. By cranking up TV shows, wildly popular music, beauty, and skincare to fashion trends that…

A good manicure can change your whole outfit. And with these best Korean gel nail polish brands, you can change your nail art anytime you want.  Nail art is the easiest and by far the cheapest way to add that zing to your whole look. A lot of other makeup items like eyeshadows, lipsticks, etc….

Here I have listed out the top Korean female models today. These models are the blueprint for the Korean Uzzlang style and have worked for famous brands like Gucci, Calvin Klein and more! Korea is best known for its TV shows and dramas all over the world. While Korean models had to initially work really…

Looking to get some cute accessories? Here are the top Jewelry brands in Korea you must try! Made in Korea, these accessories have online shops you can get your favorite pieces from! Korea, as we all know, is well known for its extremely effective beauty products, head-over heels fashion, and commendable tech advancements.  But as…