Home Entertainment Is BTS Disbanding? The 2022 BTS Hiatus Is About Their Solo Careers!
Entertainment

Is BTS Disbanding? The 2022 BTS Hiatus Is About Their Solo Careers!

Is BTS Disbanding? What is this news of them going on hiatus? Is any of it true? Find out here!

Only half of the year, but we already received many surprises from our idols. From newly released songs to new artists to debut, we cannot deny how impactful these news are.

Since we’re talking about surprises today, let’s talk about the recent news that blew us away this month.

BTS announced it’s time for their group to be on hiatus.

As an artist under HYBE, BTS showed how dedicated they are to their craft. From the beginning of this year, they’ve shown their talents worldwide, Thus, gracing their fandom with some moments to remember.

One of the highlights this year is their concert tour entitled BTS Permission To Dance On Stage – Seoul. This concert in South Korea lasted for about 3 days at the Seoul Olympic Stadium. During this event, the group is also preparing for their tour in Las Vegas, which occurred for 4 days.

Many international fans are celebrating because they’ll see the live performances again, which just continued due to COVID-19. Nonetheless, 200,000 international ARMYs were happy to see their performance live as the group performed 20 of their hit songs.

Other than their celebrated concert tour, another event that built the fame of BTS internationally is their 4th time attending the Grammy Awards. We’ve seen how the elite group transformed as they captivated the hearts of the Westerners.

At the 64th Grammy Awards, the group confidently performed their top-charted single, Butter, which included a part that led to its viral phenomenon.

During this performance, Olivia Rodrigo with V is seen mingling as part of the act. A clip of this act spread all over the internet, making them a hot topic for a while.

Even though it sparked several speculations, we can’t still deny how smooth like butter their performance is at MGM Grand Arena.

Meanwhile, the boy group also showed their wits and empathy during a 35-minute meeting with the United States President Joe Biden.

During this meeting, they discussed how important it is to secure the comfort of every Asian-American living in the US, which embodies the signed COVID-19 Hate Crimes Act into law.

During the pandemic, several hate crimes against Asian arose. They are being targeted, which results in several deaths and injuries. People are turning against the innocents just because of the China Virus or the now called COVID-19.

With the help of BTS as the young ambassadors, President Biden hoped to spread positive news to all. This meeting occurred last June 1 this year and marked the beginning of another change to come.

After several projects and events, the group left the ARMYs with news that brought several speculations. Last June 14, bright k-pop stars held their BTS FESTA, an annual event to celebrate their debut anniversary.

This year, the group held a dinner with the whole 7 members. Cheering and talking about what other plans they have in the future.

It somehow mirrors their latest released album called Proof. This new album was released on June 10. Along with the album release is a new song,  Yet To Come (The Most Beautiful Moment).

The song signals each member’s growth while reaching their inner childhood to complete their persona. For 9 years, they did everything as a group.

Produced music and built the image they have today. This new song symbolizes each of that successes. They even had a hashtag #MyBTStory to connect with what the ARMYs experienced during those years.

During the dinner video, the group members confirmed it will be their last FESTA. Each of the members confirmed the members would focus on building their solo careers instead. As you know, 2022 marks the end of their contract as a group. Currently, they aim to be better and cultivate their skills as solo artists.

After they released the announcement, ARMYs expressed their reaction, and as their loyal fans, most of them supported their decision. Some can’t hide their sadness and fear that the elite group will disband. 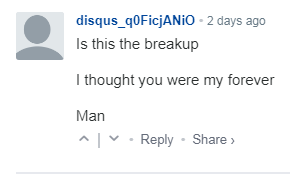 Source: BTS Clarifies They Are Not Disbanding Following “Hiatus” Announcement

Although, right after their indefinite hiatus announcement, the group ensured they will not disband. The group will only take a momentary break to focus on their careers. As mentioned by RM in their video, they needed some time to mature and improve their craft.

Jimin agreed and mentioned that, as of the moment, they’d like to think about how their fans will remember them. That’s why they agreed to take an indefinite hiatus after 9 years of being together.

“We’re trying to find our identity. And that’s an exhausting and long process.”

Suga then mentioned the cons of their current situation. As songwriters, it’s difficult to compose songs when the feeling is not genuine in the lyrics. During the past years, Suga has shown his creative side and helped create several songs in the industry.

“It was always painful trying to squeeze out ideas.”

J-hope also talked about this change in the direction of the group. He mentioned that it’s time for the change to occur, and it’s time to talk about it. As of today, he is busy preparing for his solo engagements.

“BTS’s stance is going to change. So I think we should talk about that change.”

What’s Next for The BTS Members?

As of the moment, each member is working on their craft to be better and to deliver their talent more. Starting with J-hope, he is set to perform in the most awaited LOLLAPALOOZA 2022. He’s one of the main artists to perform in the said event and the first South Korean to take the stage at the music festival

LOLLAPALOOZA 2022 will run for 4 days starting on July 28 – 31. J-hope will perform on the last day, together with other prominent artists.

Meanwhile, Jungkook will release a collaboration song with Charlie Puth, Left and Right. The single artwork of this song was just released, along with the pre-order alert. Stay tuned for it will be available on June 26, 2022. You can place your orders now here.

In terms of his passion for songwriting, he shared in an interview that there are several songs he wrote that people were not able to hear. Luckily, we are able to hear one song from the latest album he helped arrange. The song is called Run BTS.

Suga has been productive the past few months. Aside from attending several training sessions for singing and dancing, he’s also focusing on his music production skills. In the recently released song of Psy That That, Suga also helped compose and arrange the said song.

Even though the song was released last April 29, 2022, it’s still garnering high views on its MV. Currently, it garnered 232 million views on YouTube.

On the other hand, with the recently released album of BTS, he also showed his talent in songwriting. Born Singer, a mixtape included in their Proof album, is co-written by him and some of the other group members. Originally, the song is written by J. Cole.

In his interview with Weverse magazine, he mentioned that this song is full of emotions. Learn more about Suga’s thoughts about their latest album here.

Next on the list to have a solo debut is V or known as Kim Taehyung. There’s a speculation that Kim Eana is in talks to be the songwriter for V’s solo music. Kim Eana is a legend in the industry, for she has already worked with popular artists like IU and other K-Pop groups.

Regarding their Proof album, one of his mix tapes also made the cut, knowns as Spring Day. It is BTS’s first ballad song, making it so special for V.

If you are a fan of the K-Drama, Our Blues, you might have encountered one of Jimin’s solo projects. Released April 24 this year, he had a collaboration song with Ha-Sung-Woon entitled With You. It seems it’s not the only thing to look forward to about him.

During the recent interview with Weverse for their released anthology album, he mentioned he is taking his time to figure out his image.

Currently, he is working with the producers about his goal for his solo album. He also mentioned that he aims to let others see his mature image and be more explicit. For sure, whatever they are working on will be a great one.

The Epiphany singer Jin also hinted about his plans for his solo career. While the others focused on building their music career, Jin wanted to try being in variety shows. In the past, BTS was one of the most sought-after K-Pop groups to guest in the variety shows in Korea like After School Club, Weekly Idol, and many more.

Jin feels he’s the happiest when he joins a variety show. For now, that’s the direction he aimed to pursue.

Lastly is the group, Rap Monster, also known as Namjoon. For almost a decade, he served as the pillar of the group. After the hiatus announcement, what we can expect from RM was hinted at a few months ago during his Vlive.

After their successful concert in Las Vegas, the group’s leader mentioned he aimed to produce his solo album this year. There are not many details yet, but one thing is for sure, he aimed to have some collaborations for some of the songs.

He mentioned in an interview with NME that the planned songs are looking great. Looks like it’s another masterpiece ARMYs can look forward to.

What do you think about the decision of BTS? Let us know in the comment section!

What Are BTS Jungkook’s Best Boots And Shoes

BTS Halloween Costumes Throughout The Years

Say Hello To The Siblings Of Blackpink Members | 1 Brother, 2 Sisters?

Kpop Profile Of TXT Members In Order Of...

6 Of The Hottest Korean Female Models Of...

15 Most Popular Chinese Kpop Idols Who Will...

16 Random Facts About DK From SEVENTEEN Everyone...

All About BTS Members Real Names, Their Meanings...

The Stylish Evolution Of RM Hairstyles Since BTS’s...

Say Hello To The Siblings Of Blackpink Members |...

Korea Truly’s aim is to bring out the best of Korea. From authentic K-beauty products to movies, you’ll find a range of buying guides and product reviews here. Korea Truly also aims to educate you about the Korean culture, its people, habits and so much more!

More on About Us